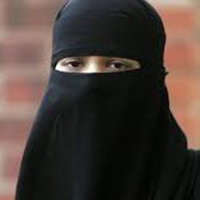 Recently in a referendum held on the 7th of March 2021, Swiss voters using a citizen’s initiative voted to ban face coverings which included the Islamic Burka and Niqab. The referendum carried with a majority of 51.2% of eligible voters.

Switzerland will now enter a clause into their Constitution to outlaw face coverings in public places. There are some exceptions such as security organisations, commercial applications and health reasons such as a covid pandemic.

The success of the voter’s initiative marks a reverse for the government and parliament which had opposed the “initiative”, stating that it was unnecessary.

Walter Wobmann of the conservative Swiss Peoples Party and who chaired the “yes” campaign welcomed the result. He said “facial coverings are contrary to our value system” There were now clear rules in place so that “people know that in our country you show your face in public”.

A colleague of Wobmann, Jean-Luc Addor said the “initiative” had succeeded because it had managed to gain support beyond conservative-leaning groups. He praised the support of feminists and of progressive Muslims supportive of the ban. Addor said that “some Muslims understand that the Burka and Niqab are clear symbols of radical Islam”, which represents not only a challenge for “our civilisation” but also for Muslims themselves.

Here we have an example of the citizen voters voting directly to influence the direction of the country and to preserve its culture. This, despite the inertia and or timidity of the elected representatives. It goes without saying that we New Zealanders deserve the same opportunity as the Swiss.